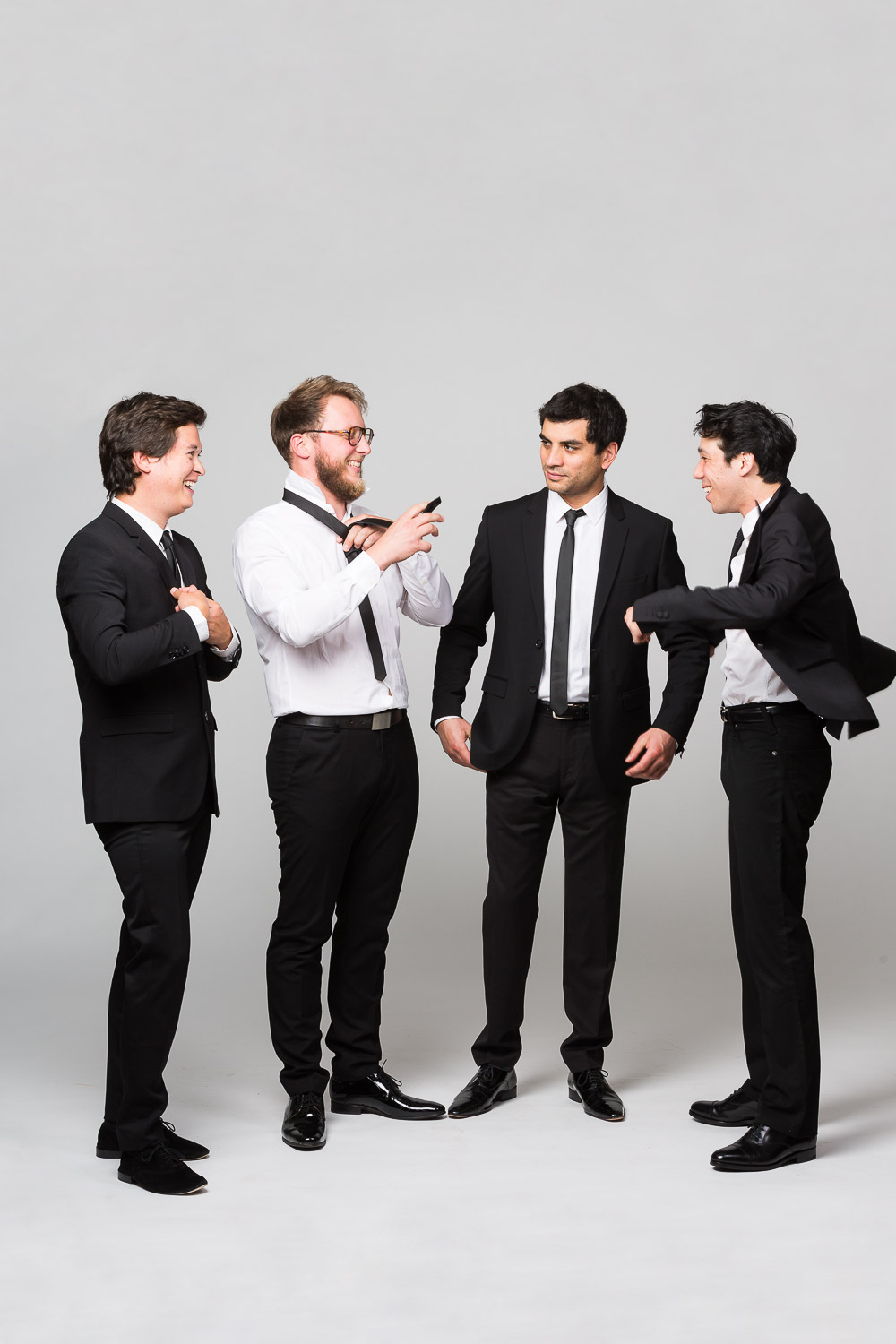 One of the most talked-about artists performing today, young Scottish guitarist Sean Shibe combines with the French Quatuor Van Kuijk in a collaboration presenting quintets by Boccherini, Steven Mackey and Castelnuovo-Tedesco. Sean Shibe’s innovative approach has enhanced his reputation for having ​“one of the most discriminating ears in the business” (Gramophone). He was the first guitarist ever to be selected for BBC Radio 3’s New Generation Artists scheme, to be awarded a Borletti-Buitoni Trust Fellowship and, in 2018, to receive the Royal Philharmonic Society Award for Young Artists.

In 2022 they will celebrate their 10-year anniversary with a number of special programmes, including the complete cycle of Mendelssohn Quartets (released for Alpha Classics), a new commission by French composer Benjamin Attahir, and a programme of French melodies “Parisiennes” specially arranged for string quartet.

“One of the foremost young European ensembles”