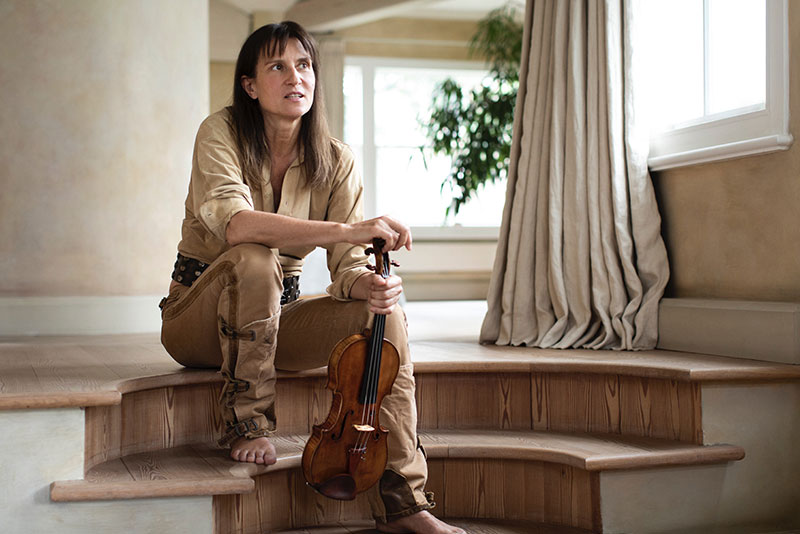 One of the world’s greatest violin virtuosos, Viktoria Mullova works regularly with the period ensembles such as Orchestra of the Age of Enlightenment, Il Giardino Armonico and Accademia Bizantina as well as appearing each season with international orchestras and conductors.

Jazz bassist, composer and arranger Misha comes from an impeccable musical heritage, his parents being the legendary conductor Claudio Abbado and Viktoria Mullova. A 2017 BBC Radio 3 New Generation Artist, Misha is an accomplished bandleader and a versatile sideman who has performed at London’s landmark venues including Ronnie Scott’s, Pizza Express and Royal Albert Hall. Misha is an experienced composer and is influenced by jazz, classical and pop music.

Together Viktoria and Misha have created a programme that will include arrangements by composers such as Bach and Schumann, contemporary jazz, original music and arrangements from around the world. Viktoria either plays on her ‘Jules Falk’ 1723 Stradivarius or a Guadagnini violin.

Please note there will be no interval during this performance.

‘She is simply a fabulous instrumentalist, with a mixture of physical agility and mental concentration that the numerous young pretenders could still learn from.’