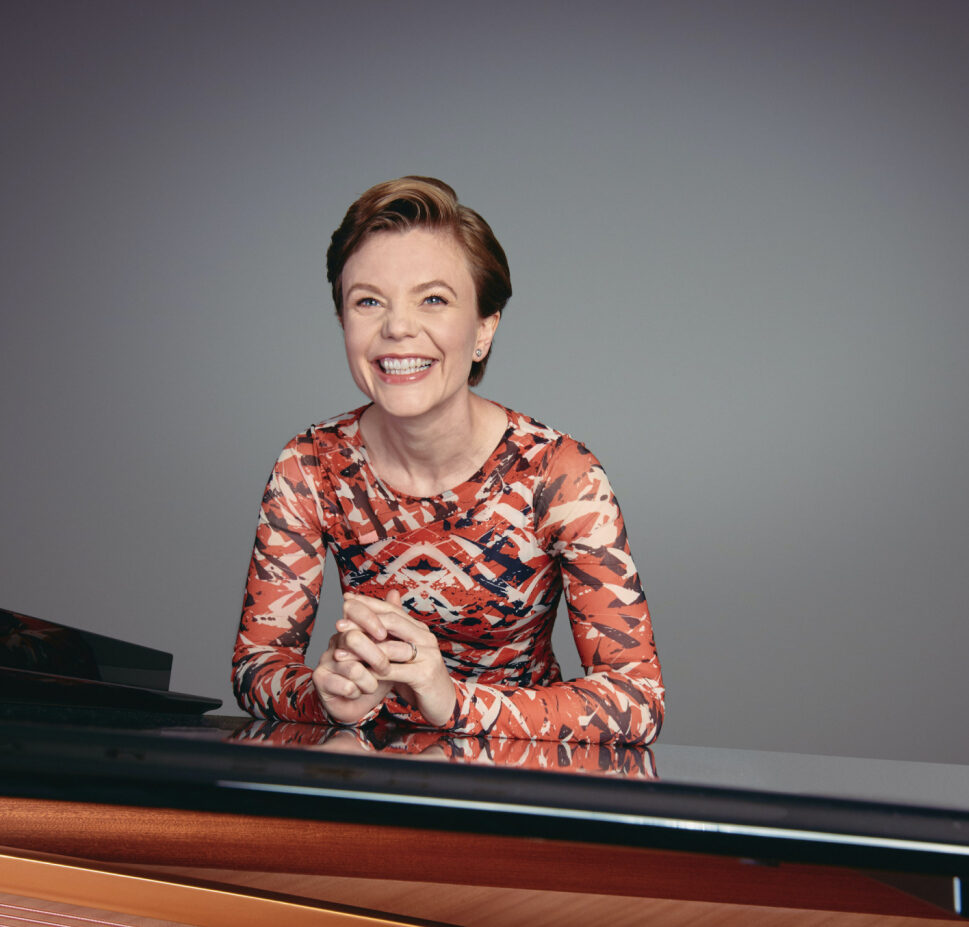 Since winning the Royal Philharmonic Society’s Young Artist award in 2016, the British concert pianist Clare Hammond has established herself as one of the leading lights on the UK piano scene.

Clare is recognised for the virtuosity and authority of her performances. Performances during the pandemic included recitals for the Wigmore Hall, a live recital broadcast for BBC Radio 3 Lunchtime Concerts from St David’s Cardiff, and broadcast recordings with the BBC Symphony Orchestra and BBC Concert Orchestra. Clare’s latest disc, Variations, received extensive critical approval, commended for its “shimmering pianism and lightly-worn virtuosity” (BBC Music Magazine) and “artistry of the highest order” (Musical Opinion).

Ghosts and Whispers is an unbroken sequence of fragments, last thoughts, elegies and absences by Schubert, Mozart, Wagner, Janáček, Stravinsky and Schumann, interwoven with movements from John Woolrich’s Pianobooks. This programme for piano and film is staged with dimmed lights in a hushed acoustic.

“A pianist of extraordinary gifts”

“One of the most exploratory pianistic personalities of our time”