The 2022 Northern Aldborough Festival came to a triumphant close on Saturday 25 June. Festival Director, Robert Ogden, shares his thoughts across the two weeks of performances.

Kick back with a cuppa and enjoy! 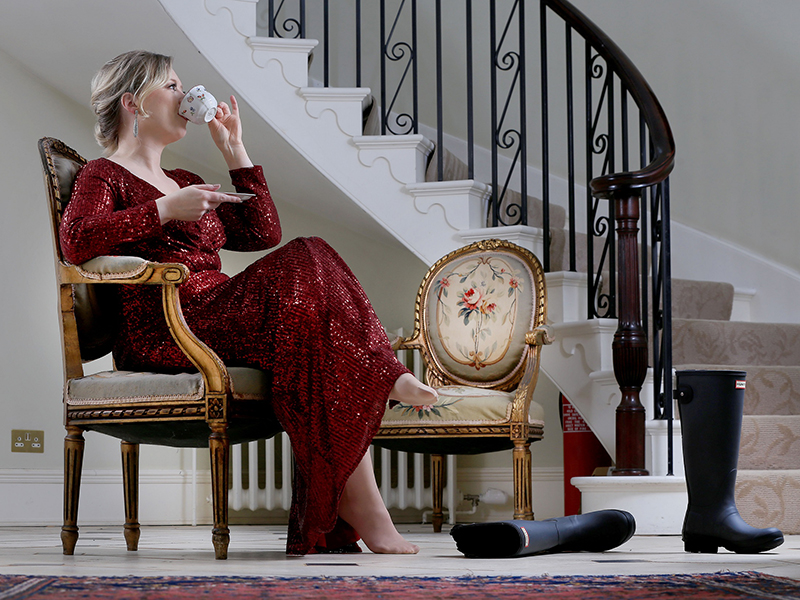 Although a huge challenge logistically, with side-by-side rehearsals in London and Aldborough, 47 participants to feed and accommodate, chamber organs to ship around Yorkshire etc., the musical results were spectacular. The orchestra, chorus and soloists sounded wonderful in the church.

Joe Austin’s nuanced direction really bore fruit in the final scene, which was very movingly portrayed. It is also an evening that all of us, performers, festival team and audience, will look back on with a great deal of sadness and sympathy.

You can read the five-star review here: Theodora: the show must go on | Opera + Classical Music Reviews | musicOMH 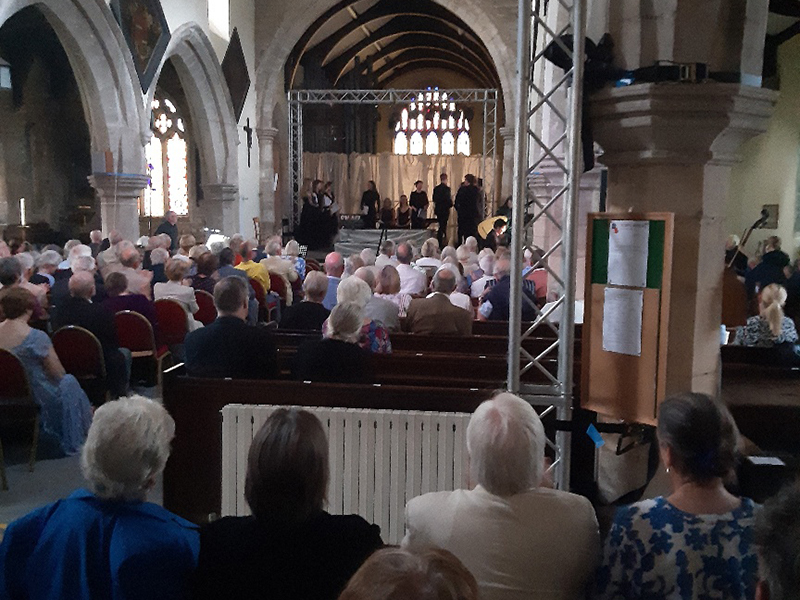 Leading clarinettist Julian Bliss appeared with his accompanist James Baillieu on Friday 17 June.  Julian Bliss demonstrated why he is one of the world’s greatest, with a liquid golden tone, phenomenal technique, but also an easy and natural rapport with the audience – his introductions were humorous and informative.  James Baillieu, a collaborator with many top musicians and particularly singers, was the most sympathetic and musical accompanist, and they made a great pairing. 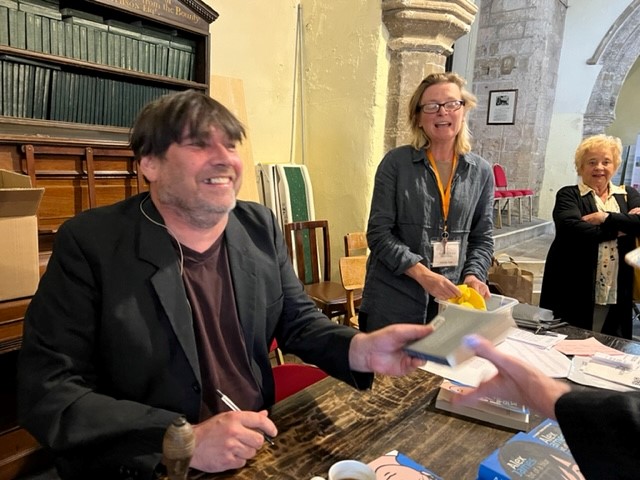 Bit of a Blur

Alex James (above), former bassist of Blur turned cheesemaker, arrived in Aldborough on Saturday 18 June.  Those of us in the audience had a ringside seat on the experience of living with a busy rock band on the road, as Alex took us through the thrills and spills of touring with Blur.  At their peak Blur were the biggest band in the UK, and as Alex says, it could so easily have ended before it began when the record company expressed concern at the new direction their music was taking with the Parklife album!  There were also many cheese fans in the audience, and after sampling his cider, many new fans of his own Britpop cider!

The Festival Service took place on Sunday 19 June.  The Dean’s sermon invoked the story of Theodora in a fascinating way.  It was also lovely to hear a full mass sung to a full church, many of whom went on one of the two tours of Roman Aldborough given by Dr Rose Ferraby that took place later that day.

Pianist Clare Hammond took her bow on Monday 20 June. Fitting a large screen around a concert grand piano on our small stage presented considerable logistical difficulties, not least because the church is filled with sunlight until late in the evening!  Our technical team achieved this using back projections on a massive screen above the piano.  Clare’s programme combined the atonal but delicate pieces from John Woolrich’s Pianobooks with works by Mozart, Brahms and Schumann to surreal animations from the Quay Brothers. While some of the music was unfamiliar to much of the audience, Clare is such a compelling performer that she made every note count. 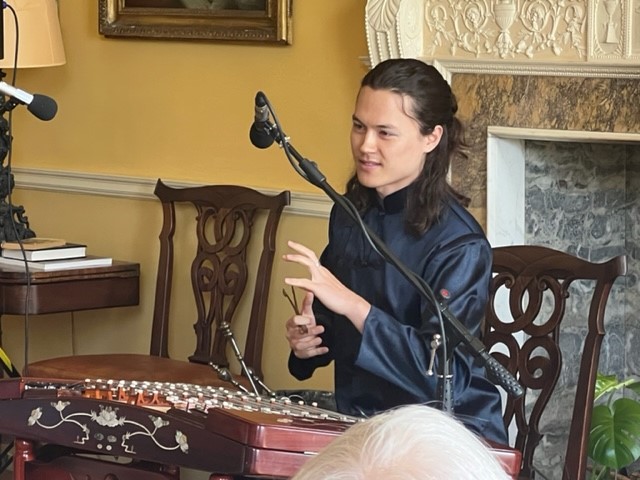 Our first Morning Concert, on Tuesday 21 June, was in the glorious drawing room of Farnley Hall, which overlooks the Otley Chevin. Reylon Yount, above, was a truly inspirational performer, and the virtuosity of the Yangqin playing was thrilling to behold. A Chinese dulcimer, close to the Iranian Santur in sound, the notes rang out in the warm acoustic in a wide variety of repertoire that at times also called on Reylon’s singing and speaking voice! 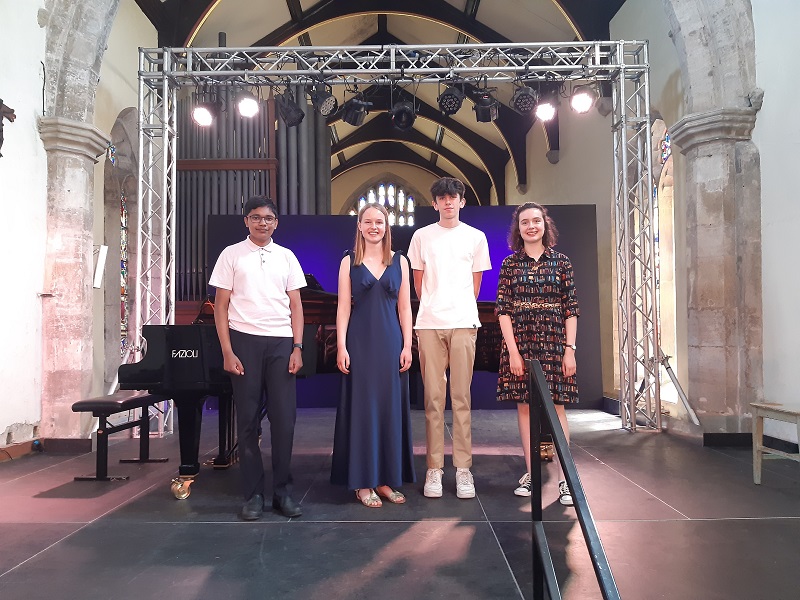 Our second Morning Concert was held in St Andrew’s on Wednesday 22 June, and we were able to showcase four wonderful young musicians.  All four performers, seen above from left to right, Krish Desha-Beerachee (piano), Grace Hughes (violin), Oli Tranter (saxophone) and Elisabeth Tillett (soprano and tuba) gave wonderful performances and displayed a confidence in performance that belied their young ages.

The same evening, the peerless jazz vocalist Claire Martin appeared with her band in a programme of American standards. Thanks to our excellent sound technician Charlie Brown, every note was clearly heard, and in the hands of these extraordinary jazz musicians these classic songs have rarely sounded so brilliant! 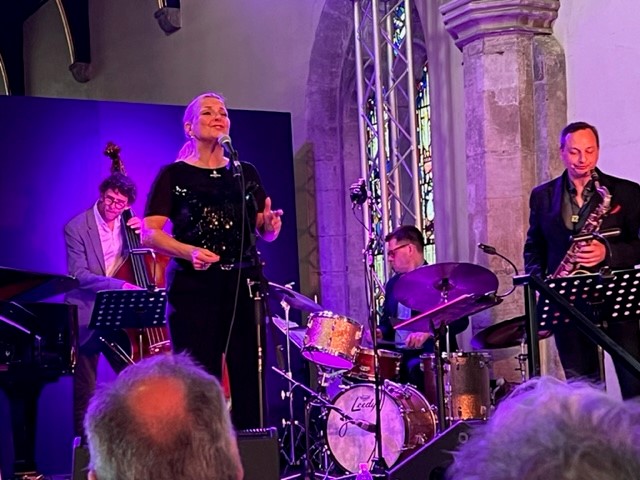 The following morning, Thursday 23 June, saw our final Morning Concert, held in the private chapel of the stunning Ribston Hall, one of North Yorkshire’s best-kept secrets. The combination of saxophone and harp fielded by The Polaris Duo, while unusual, worked to great effect particularly in the contrapuntal writing of CPE Bach’s Sonata in G minor, where the soprano saxophone took on an antique, flute-like quality.

That evening we were at the Old Hall, a stunning barn conversion with equally stunning acoustics, where classical guitarist-of-the-moment Sean Shibe appeared with the French Quatuor Van Kuijk (picture below) in a programme that was an exemplar of chamber music, the five musicians creating wonderful and understated ensemble. 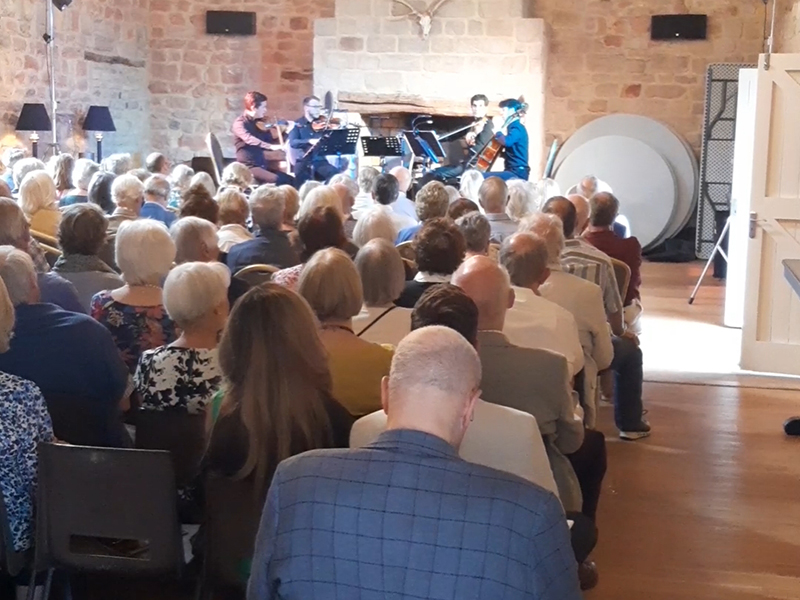 The appearance of the veteran bass Sir John Tomlinson in Aldborough was always going to be an event, and so it proved.  However, not content to spend his latter years in galas, Sir John threw himself into an utterly jaw-dropping portrayal of Lear’s descent into madness through John Casken’s gripping score.  The other musicians involved, among them mezzo soprano Rozanna Madylus, violinist Fenella Humphreys and pianist Anna Tilbrook, are all well-known artists in their own right, and the evening was a triumph of technique, performance and programming.

Our Last Night is eagerly anticipated by many local families, and this year we drew a large crowd of around 950 people.  Locally born vocalist Alex Denny and his band The Big Cheese brought the house down with their rocked-up pop classics, and a swagger that recalled Jarvis Cocker in his pomp!  The openers So 80s, returning from last year, brought their extremely entertaining brand of keyboard-based pop to life with exuberance and exotic dance moves.